It’s Cactus Jungle in the SF Chronicle. And by inside I mean on the front page. Nice! 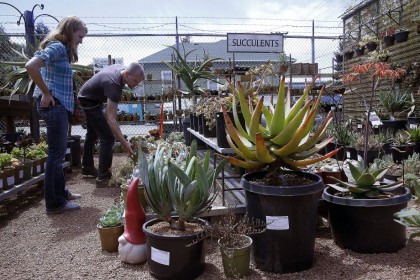 California on Monday officially began its unprecedented push for water conservation in cities and towns, marching out orders for hundreds of communities across the state to make reductions of up to 36 percent.

The rest of the article is behind a pay wall, so if you are a subscriber you can read the whole thing! You know, some people even still get the newspaper delivered right to their front porch at home. Nice!