Benjamin’s sister Amica came and visited us. So many sleeping whippets!

Nursery Whippets are the luckiest Whippets of all. 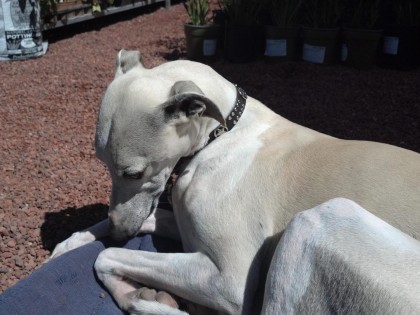 When a whippet is comfortable, then there is happiness all around. It’s shared! 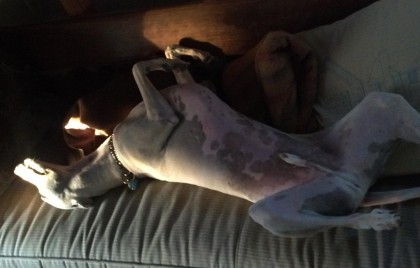 One last photo from Dave taken when it was a bit chillier in April. 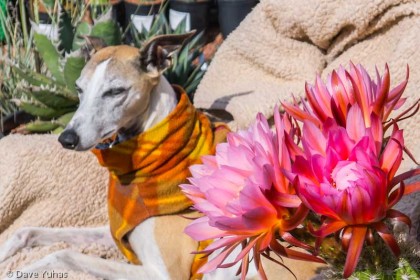 You can find him at Dave’s Photos. 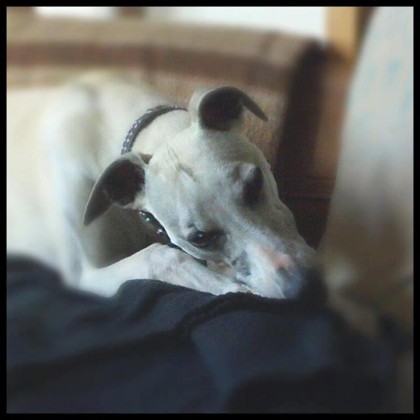 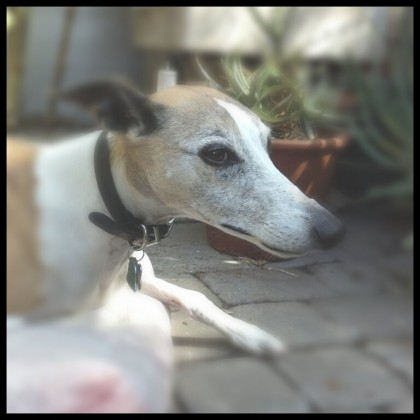 Benjamin’s litter-mate and whippet brother Whylie comes to visit from Colorado. It’s the first time they’ve seen each other in 3 years.

Three whippets is a lot for one photograph. Hard to fit them all in. Benjamin is in back, Whylie is in the middle and that’s Jason in front. Jason is very happy to meet people and dogs that Benjamin knows and likes. If Benjamin knows someone Jason will act like he knows them too. 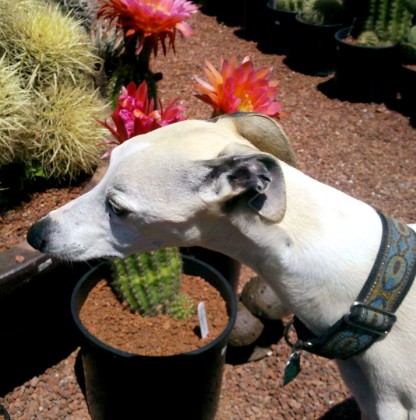 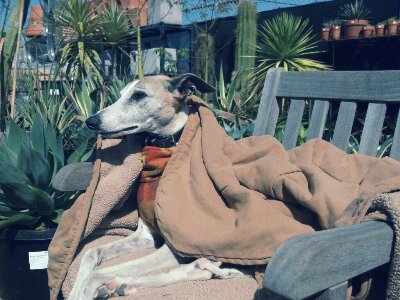 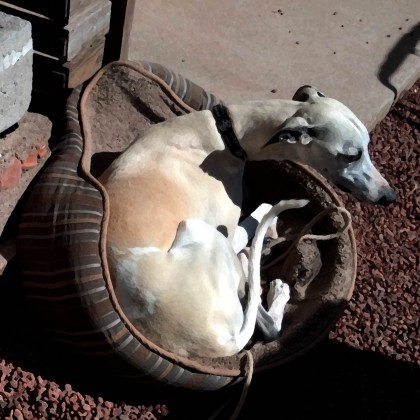 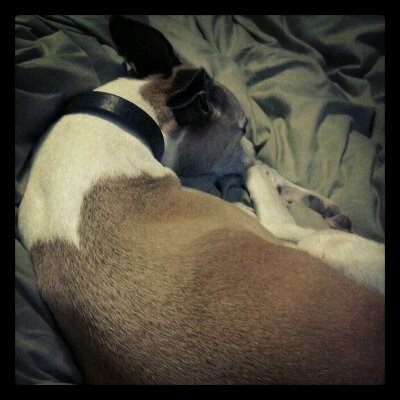 OK so you missed the whippet photo yesterday. Kaiju didn’t satisfy like a whippet will. So here, have an Instagram whippet photo for a Saturday in the park. You are hanging out at the park today aren’t you? I am. Well, no maybe not. 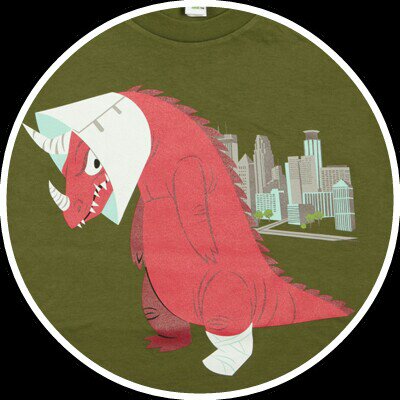 It’s already our best selling T – Shirt at the store ever! 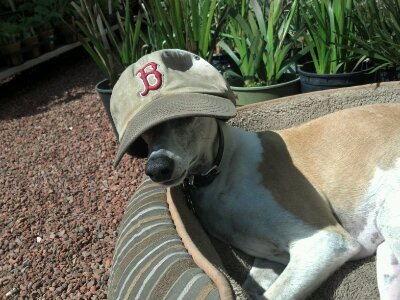 Baseball’s back and Benjamin is celebrating, while keeping cooler in the hot sun. 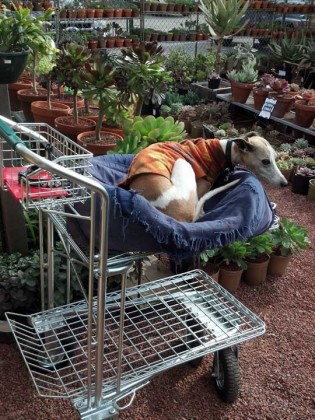 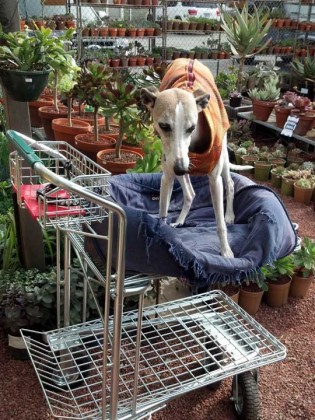 No, no way down. What’s a whippet to do? 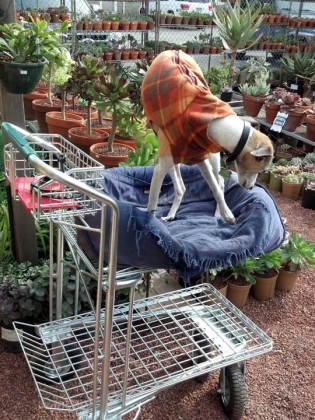 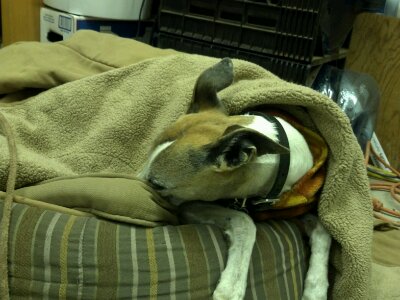 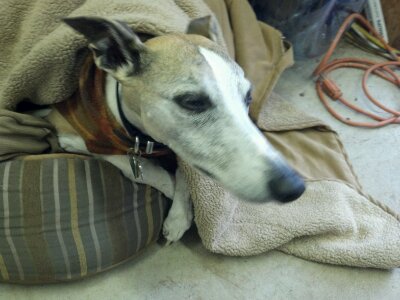 Did I mention that we have whippets? They love to chew on rawhide bones, of course. Who doesn’t?

Sometimes Jason won’t finish his bone and then he’ll try to hide it from Benjamin, who has finished his bone. Whippets are smart though. Benjamin will try to trick Jason into leaving the bone behind. But Jason will figure it out after a few times and then Banjamin will have to come up with a new trick to get Jason’s bone.

Hap won’t let them have the flavored rawhide bones since they leave stains behind. Seems smart.

Their favorite bones of all, though, are the pizza bones.

These are the 2 most popular of my whippet videos on YouTube. I have videos of the dogs playing, meeting the tortoises, chasing sticks on the beach and all kinds of very exciting activities. But these 2 below are by far the most popular. And the titles on them are accurate, to give you an idea what they’re about. But don’t trust me, watch them.

For some reason people like to watch dogs sitting and doing absolutely nothing. Fascinating. Maybe it’s the music.

I see there’s a whippet fancier among the Audi TT fancier crowd. 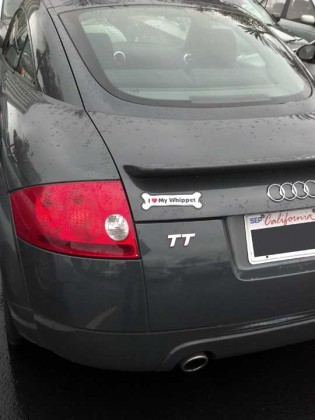 Is this your car? Do you want to publicly identify yourself on my blog? Send me a photo of your whippet! 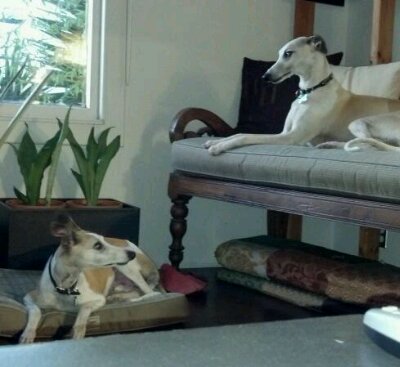 Wendy, a Landscape Architect in Pacifica, sends along a whippet picture of Bentley and Aston Martin. 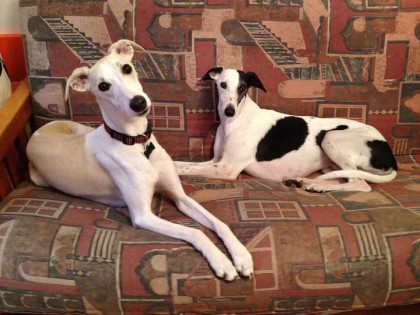 I hope they come by and visit the store soon. Benjamin and Jason await them.

When Jason went to visit Jezebel and Poutine (Not pictured). 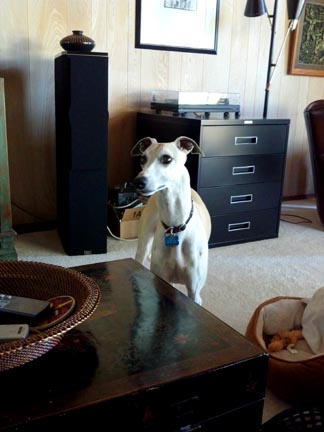 Mr. Subjunctive won the contest, naming the blue-stemmed cactus, but we can’t send him any award-winning plants yet since he lives in Iowa where the temperatures are still getting below 20F.

Here, enjoy a picture of warmer California where the Aeoniums live outside all year long and the whippets run free (on leash).

And just to be clear about it, we’re getting up into at least the mid-60s today, but I wouldn’t be surprised if we broke 70, not that I’m showing off or anything. Maybe a little. 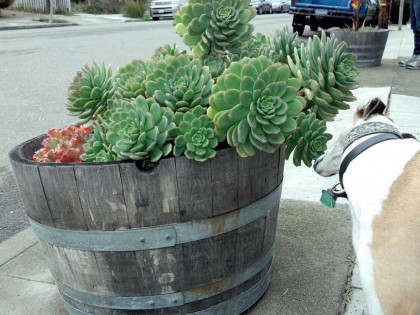 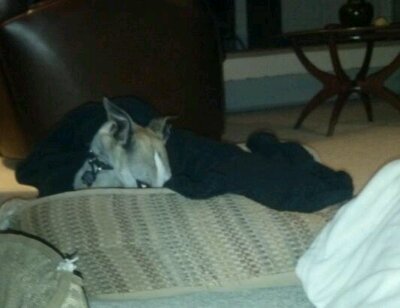 In today’s episiode we find Jason wrapped around Hap’s foot. 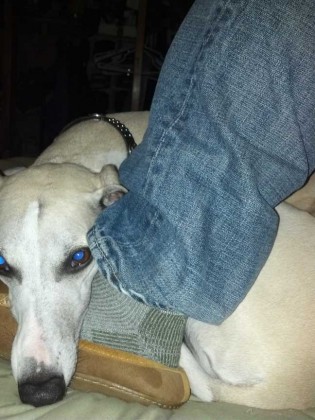 If my weekly whippet pictures aren’t enough for you, you can always join the Facebook Whippet Group where there are lots more photos all the time. That’s where you can find this picture of Alex’s boy Liam.

The story can now be told.

Benjamin tore his ACL and had surgery and now he’s all better, suffering through the home-made physical therapy routine but healed over. Thanks Dr. Vial!

Here was what he looked like a couple weeks ago. 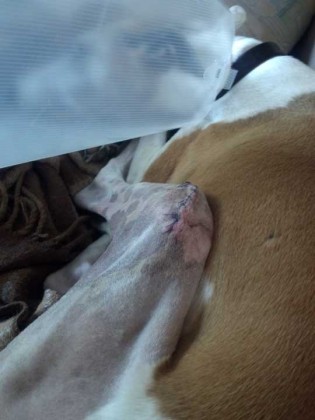 A scintillating video of a sleeping whippet. Isn’t Jason cute? And look – he twitches! Enjoy! 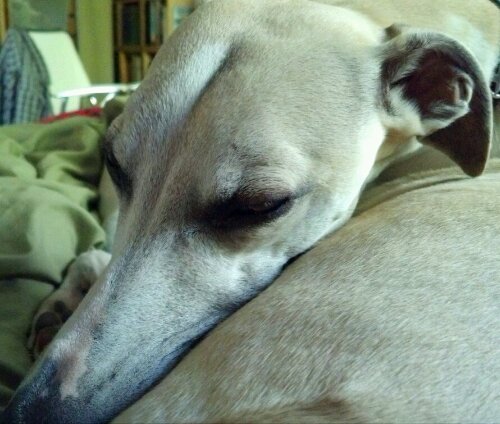 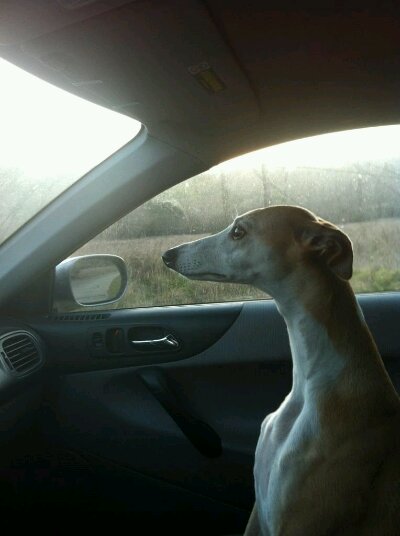 Dani sends along proof of Amica’s interest in learning how to drive.

From Idaho, it’s Benjamin and nephew. 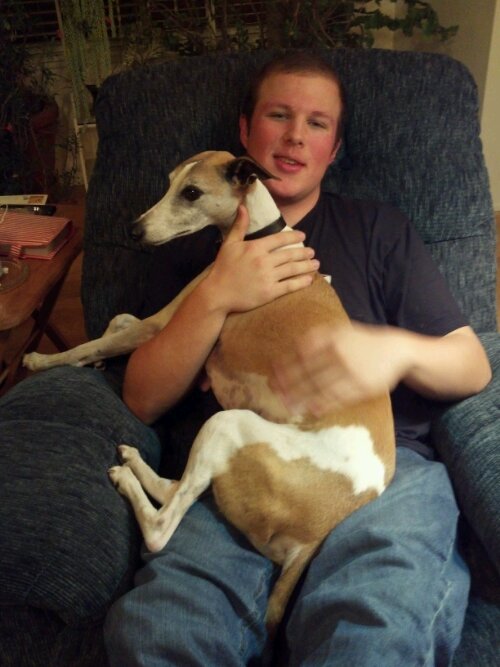 He’s still in Idaho with Hap; they will be back in the Bay Area by Sunday. And then he goes into surgery Tuesday. Poor dog is waiting to get back home and he doesn’t know what will be waiting for him. 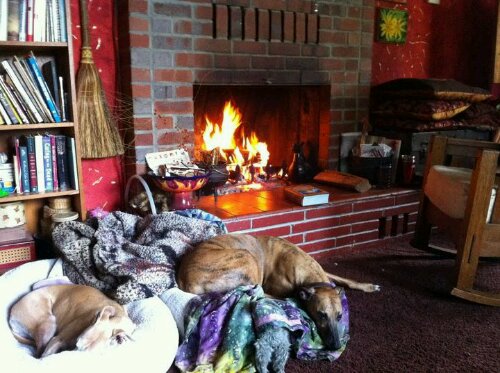 Jaxx and Amica, relaxing by the fire in Santa Cruz on Christmas, while Benjamin and Jason were freezing their skinny whippet butts off in Idaho.